HISTORY
The Winneshiek County Jail opened in October 2000 and is a 40-bed facility. The jail houses inmates awaiting trial and serving time for state, county and municipal offenses. Additionally, the jail houses overflow inmates for other jurisdictions. The jail currently employs 11 full-time jailers.

MISSION
The mission of the Winneshiek County Jail is to provide safe, secure and constitutional detention of both sentenced and pre-trial detainees placed in the facility by the courts.

INMATE MAILING ADDRESS
Mail can be sent to inmates at the following address:

This is the same address for sending money.

Any letter without a return address will be considered non-deliverable and will be returned to the post office.

There will be no graffiti, written or picture style, anywhere on the envelopes.

Money orders and certified cashier’s checks (DO NOT MAIL CASH) can be mailed to the following address:

All money received will be placed in the inmate’s account. Upon his/her release all monies remaining will be released with the inmate.

HOW TO GET PROPERTY RELEASED
If an inmate has been transported to prison, the inmate will have the opportunity to have their property picked up by a designated person. This will only occur after the inmate has left our facility.

If the inmate has left our facility, for a placement elsewhere ie, another jail, their property will go with them at time of transfer.

An inmate may request to have personal property released to a specified person that is not incarcerated.

HOW TO SCHEDULE JAIL TIME & GET COURT ORDERED FINGERPRINTED
You need to stop in or call the Winneshiek County Jail at 563-387-4096.

What you can bring in to the jail:

VISIT AN INMATE
While in the Winneshiek County Jail, inmates are entitled to reasonable contact with their families and friends, unless restricted by disciplinary or other sanctions for a specified period of time. Inmates may receive two visits per week for up to 30minutes.

The Winneshiek County Jail reserves the right to refuse visitor access. Visitors are expected to abide by the following rules:

Failure to keep payment arrangements will result in any or all of the following: 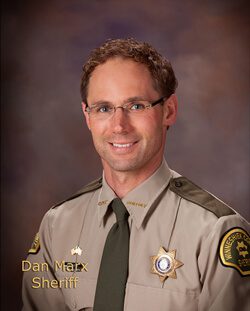